Apple always brings the new model and becomes the top line from the iPhone series. Although has new series, the redesign from every series only made in several years. The Apple Company tend to hold the exterior design but they change and add some new features as well. However, the iPhone 5s has the new feature hardware’s which have potency to change the operation systems ( According from the iPhone 5 user guide). 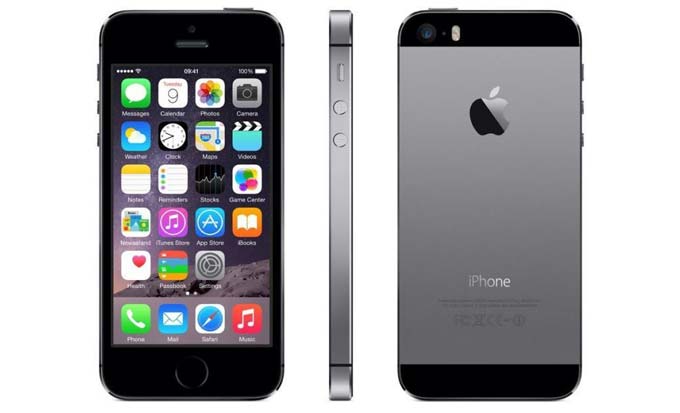 iPhone 5s is the first device that has the simple design and having the high technology of fingerprint scanner. This is becomes new evolution that you do not need open you phone with type your passcode. You also able to use the fingerprint scanner that called as touch ID to authorize the buyer systems from Apple App and iTunes as well. It sounds like imagine but this is the real step from iPhone 5s for your daily devices inside your pocket. As we mention before that the hardware from this series is built the touch ID in home button.

To use the touch ID, you need to enter the passcode for nack up and do some exercise for fngerprint senso that you will use. Apple use the different technology that make your Home button becomes your ID scanner which quicker and accurate as well. The design is had been made with the stretch resistance and sapphire. The touch ID in home button is made from the stainless steel.

iPhone 5s has the slimmer design from the previous version and use the multi touch with retina display in 4 inches. The hoe button design with another series, the home button has flat design. The iPhone 5S has new features from iOS 7 and has the bigger improvement as well. The font is sharper, softer and smoother as well. The button and control are slimmer and lighter. In other words, you iPhone 5s will give you incredible effect with the 4 inches screen.