D-Link has released a respectable contender into the field with the introduction of its DIR-655 Xtreme N Gigabit Routers. With a slew of features and better performance than most routers of the same price, we stand amazed at how much oomph this little thing has. Certainly worth every penny, the D-Link DIR-655 is a router that you need to have if you’re looking for a wiresless routers solution for a home small business. Let’s see how this router stacks up. 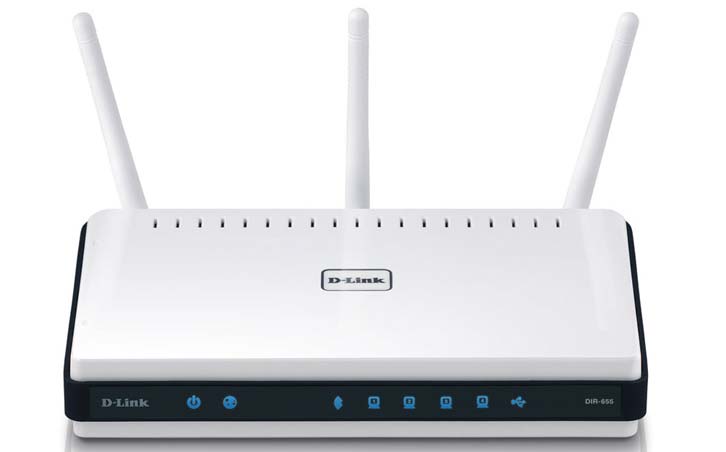 The DIR-655 doesn’t exactly stand out as far as appearance goes. It looks pretty similar to other routers, boasting three antennae and the typical LEDs you’d come to expect from a gigabit router. It’s all white, except for the front panel, which has a black band. A white strip is inside of it, which houses the blue LEDs you see in most electronics today. Not exactly something we’d write home about, but since it’ll be tucked away and out of sight anyway, this isn’t a big problem.

Here’s where the DIR-655 distinguishes itself from the rest of the pack. To begin with, features can be added to this device as they’re released via firmware, which is an easy process that only takes a minute or two. This is done with the USB port on the back. Of special note is the Wi-Fi guest zone on the DIR-655, which separates your friends from the systems that use the network regularly — they can’t access files or change settings. 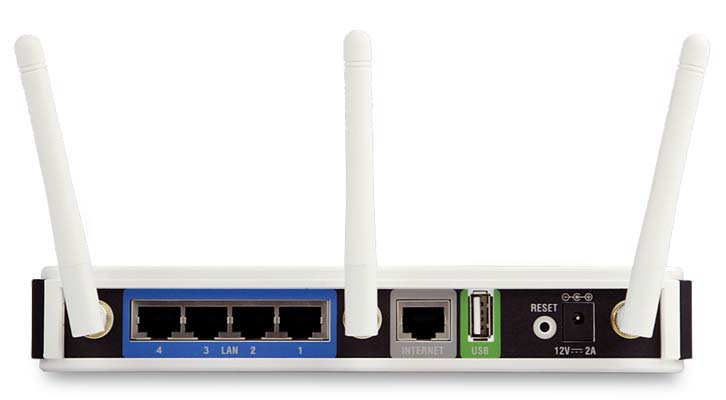 Like any other network, the guest zone can be password-protected. This model also supports drive-sharing, and enjoys faster throughput than most of its competitors in this area. As far as ports go, it has the usual 4 LAN ethernet ports, and 1 WAN ethernet port for the modem.

The D-Link DIR-655 Extreme N Gigabit Wireless Router really amazed us with its speed and overall performance. According to various comprehensive tests, this D-Link model performed at 112.56Mbps throughput at short range, which is a seriously impressive number compared to the next-highest router, at a much smaller 83.3Mbps. We obviously recommend using this router at short range (in a house or medium office setting) for the best performance.

At Draft-N speeds, we enjoyed zipping around the Web without losing any time. We didn’t wait for websites to load, and streaming video was a breeze.

We can’t expect any router to be perfect, but the D-Link DIR-655 came pretty close to perfection. Overall, we give the DIR-655 very high marks, and highly recommend it for those who seek speed and performance without compromise.