You are here: Home / Archives for News

Online transportation has become part of people’s lifestyle when traveling, especially during holidays. This transportation is widely chosen because it successfully demonstrates a modern living culture. Just mention one of them is an online taxi or ride-sharing apps like Facedrive which you use almost every day. 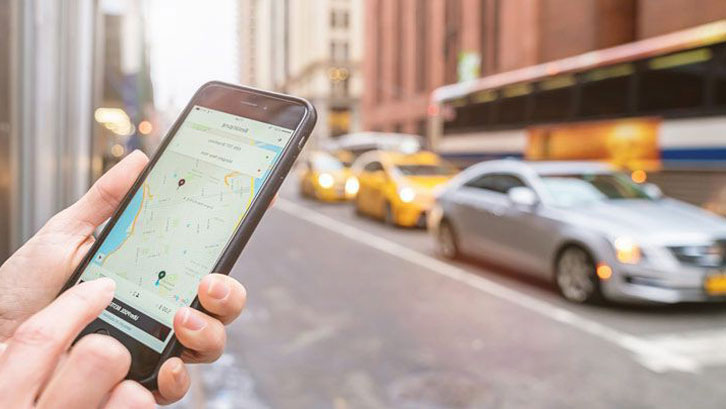 Actually, what are the main factors that cause travelers including foreign tourists to choose online transportation for holidays rather than conventional transportation? Come on, see the following reviews.

In times like now or today, price is a top priority when someone is on vacation. The issue of price is an important calculation that needs to be considered to save on travel costs.

Even unmitigated, online transportation service providers are also competing to provide promos of up to 50% of the price offered. Of course, this is very different from conventional transportation.

Therefore, travelers also prefer this transportation to get more benefits from the promos given.

Another advantage that online transportation provides is that it has cashless payments. This cashless payment system is indeed a trend in society. Simply by sitting in the vehicle, you don’t have to bother waiting for the change or preparing the right payment in advance. All you have to do is go up, enjoy the ride. 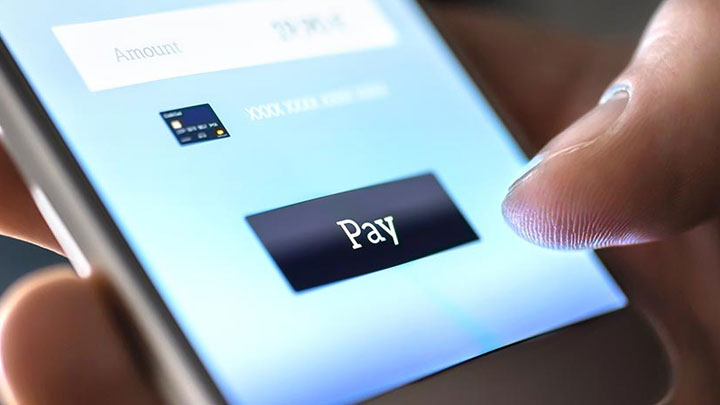 Not to mention, if there are additional vouchers if you use non-cash payments, online transportation will also give you double discounted vouchers. So, you are even more profitable and don’t have to bother waiting for change. 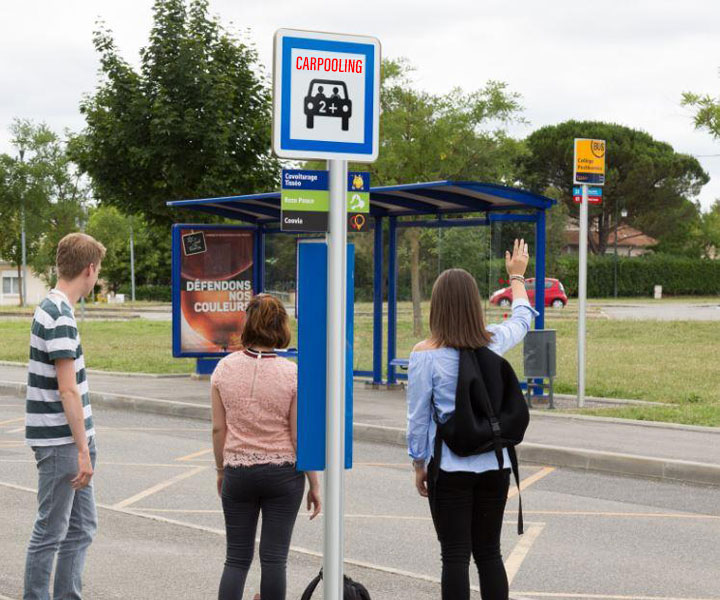 You just have to wait at home or the designated meeting point, the driver will arrive at that location. Besides, you can reach tourist locations faster than taking other public transportation, which sometimes has to wait for a full passenger seat first.

When we talk about vehicle waiting times, there is no need to doubt online transportation. The arrival time of online transportation is faster and more direct. When you order a vehicle, usually you will get the closest driver, who is around your waiting location, so you won’t wait long to start the trip. You can even monitor the movement of the driver on your phone screen.

This is different from conventional transportation which cannot see the existence of destination transportation. Even the travel time is difficult to predict because it depends on road conditions. If the road is jammed, you can wait over an hour at the bus stop.

At least that is the reason why online transportation is chosen by many travelers when they are on vacation. Therefore, if you want to go on vacation, don’t forget to use the application.

You can book your trip by going with your traveling companion or taking a travel bus. Of course, that way your trip will be even more exciting. If you live in Canada, you will definitely use Facedrive every day.

You don’t need to worry because all musical instruments are good, but to hone children’s talents for the first time, children can learn to play piano. Learning a piano instrument may often be considered difficult. So some parents choose to provide learning piano for their children. This is because playing the piano itself has many health benefits for children. 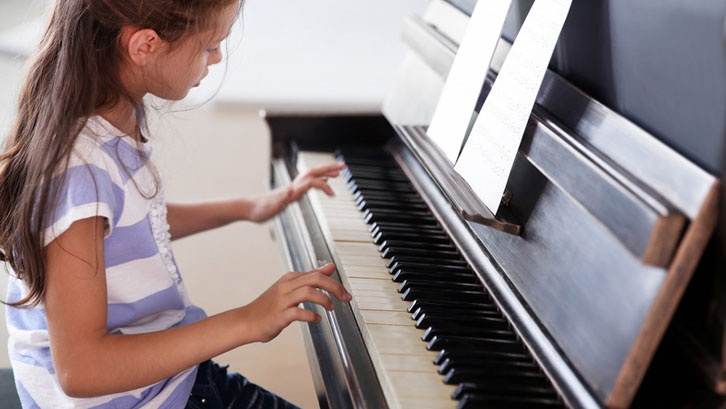 By playing the piano, children can practice and improve their concentration skills. This happens when the child is playing the piano, moving both hands simultaneously.
Then, the child must also learn to read musical notes according to the beat of the music by feeling and adjusting them appropriately. Not only that, but children also have to estimate when to step on the piano pedals.

The steps above are carried out simultaneously so that you get a melody that is sweet and pleasant to hear. If the child continues to practice the piano, this will practice their multitasking skills.

Some studies say that playing the piano can also make the brain work differently from other activities. According to a researcher from Australia, Anita Collins, several areas in the brain will “turn on” when a child is playing music. Because some of these areas are “lit”, it can improve the quality of the child’s concentration and patience. Very useful, right?

Apart from increasing concentration and patience, the habit of playing the piano is believed to improve children’s mental health. That way, the chances are very small for children to experience stress or depression when compared to children who do not play the piano.

Playing the piano can train children to recognize the notes and sounds produced by the piano. If he is used to playing the piano, don’t be surprised if your child becomes very sensitive to notes. If there was a note that wasn’t quite right, he could notice right away.

This ability is called Aural Awareness, which is the ability of a child’s ear that is sensitive to music. This Aural Awareness also makes children quickly grasp the notes that must be played in a song, without the need to ask even if they only hear it briefly.

Even though you sit more, when you play the piano, of course, your hands move more often. However, without realizing it, this activity can also be called a sport. Because in playing the piano alone, there are rules about posture when sitting, and playing with the right-hand position, so that it makes the hands stronger.

As well as the resulting music effects also have an impact on heart health, which helps children regulate their heart rate while playing the piano.

When learning to play the piano, children often get positive feedback and criticism from both teachers and listeners. Not many children can take criticism well, but by playing the piano children can learn to accept criticism.

Another benefit of children who play the piano is that they have improved cognitive and coordination skills compared to children who do not learn piano. So that it affects children’s achievement at school.

When going through challenges in learning piano, children’s self-confidence increases. Coupled with the appreciation and enthusiasm given by you and your family.

Research in 2014 on grade 4 children in Canada showed that students’ self-esteem improved after learning piano. So if the child shows a lack of confidence, you can ask him to play the piano.

So, those are the benefits you get when your child learns to play the piano. Now don’t hesitate, Ma, because playing music children can get various important benefits for their lives and health.

The IT world is currently developing. The emergence of various technology-based startups and companies is one of the reasons. This then increases the company’s need for a programmer.

The above conditions make programmers with above-average skills a game. Because the numbers are small, it’s no wonder some companies and startups are willing to pay very high fees.

What Is A Programmer?

A programmer is someone who writes code to create computer software. This term refers to a specialist in a computer programming language. In some companies, this position is usually referred to as a software engineer.

These positions are sought after because of their skills in writing code to make new projects or features possible. They are tasked with creating a code and turning it into a set of instructions that can be followed by a computer. 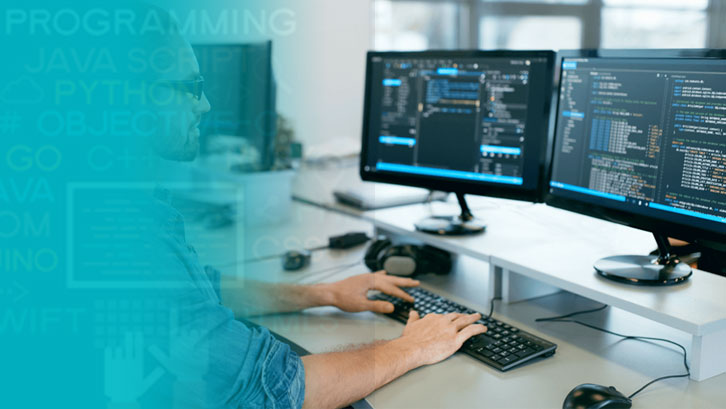 This source code is written in a specific programming language so that it can be understood by computers. Later, this instruction set generates the interactions that exist in each other application or software.

In general, they are responsible for being involved in the process of designing, writing, testing, debugging or troubleshooting, and maintaining code. Regardless, their main job is to create programs that produce certain desired behaviors.

Products that are used daily, such as computers, cellphones, and others, will not be able to do it if not for programmers. The reason is, that programmer is a profession that is very detail and result-oriented. Several companies have several types of positions for programmers. According to Career Explorer, four positions are commonly held by a company. Here’s an example.

This position is filled by people who can create instruction sets in the information storage space on a hardware device. They create a set of instructions so that the hardware is willing to perform commands, such as turning off or turning on the keyboard.

This position focuses on the design and management of a set of instructions that are created. However, in this position, one would not only be active in creating and writing code, but also organizing the code for reuse.

This position is responsible for connecting the database or data set with a set of instructions. However, the developer database does not only collect, but also organize, sort, and retrieve the required bit of information.

Web developers design and create websites from designs created by designers. This position uses a specific programming language to determine what instructions can be carried out when accessing the website.

A Printed Circuit Board (PCB) mechanically supports and electrically connects electrical or electronic components using conductive tracks, pads and other features etched from one or more sheet layers of copper laminated onto and/or between sheet layers of a non-conductive substrate. Components are generally soldered onto the PCB to both electrically connect and mechanically fasten them to it.

Who Used the Printed Circuit Board?

Printed Circuit Boardsare used in a myriad of commercial and consumer products in today’s marketplace. In this article, we address the problem of inserting/placing components on Printed Circuit Boards using automated insertion/placement machines. The motivation to examine this problem stems from joint work with a major electronics manufacturer who not only introduced us to the manufacturing environment but also pro-vided data for testing and validating our component allocation and scheduling methodology. The results of our analysis can be used to trade-off operational savings of reduced cycle times versus tactical costs of reorganizing the equipment on the shop ﬂoor. 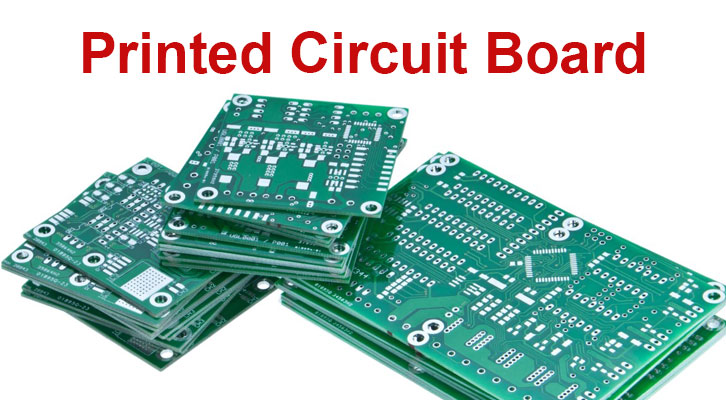 Printed Circuit Board are used across a variety of commercial and consumer products. The most well known of these products is the personal computer where the “motherboard” forms the basis of this ubiquitous machine. The lesser known commercial products using printed circuit boards range from control panels used in jet aircraft, automobiles, and satellites while other consumer products include hand-held personal digital assistants, printers, and of course, cellular phones. One of the major steps in Printed Circuit Board (PCB) manufacturing is the insertion and/or placement of various electrical and electronic components on a PCB. 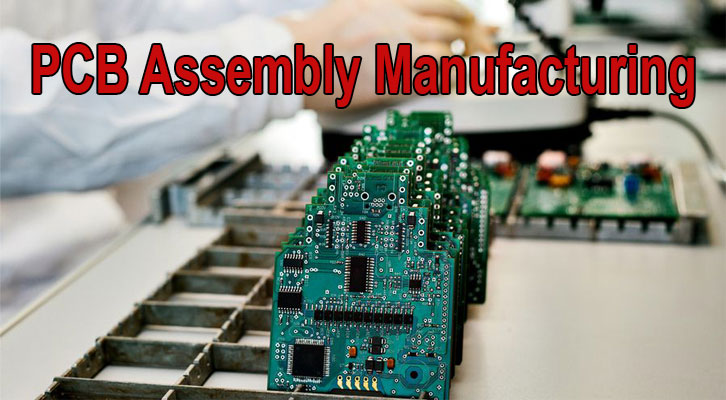 In general, there is substantial variation in the technology of circuit boards and components. Modern Printed Circuit Board assembly typically uses computer-controlled machines to automatically insert and/or place electronic components on PCBs. Production control of this process deals with several problems such as the allocation of electronic components to each machines, component feeder arrangement on each machine, sequencing of placement operations, and sequencing of PCBs for production. 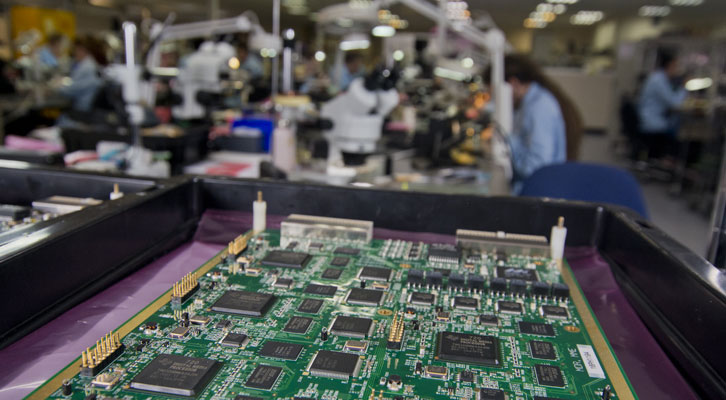 In this article, an assembly system operated by a major electronics manufacturer using eight identical HS-180 automated insertion machines is studied. Each machine places electronic components onto PCBs using surface mount technology and these components are loaded onto one or more of the 180 distinct feeder slots. The current machine layout used by the manufacturer is a ﬂow line conﬁguration with each PCB batch “visiting” each machine. Thus, an entire batch of a PCB type is introduced on the ﬁrst machine and routed through all the other seven machines in the line. On completion of the entire PCB type batch, a new PCB type is introduced on the ﬁrst machine and the sequence is repeated until all the PCB types are processed through the entire line.